Ingredient Odyssey, S.A. (IO). is a company founded on March 4, 2014 and has R&D in its DNA, especially in the development of EntoGreen (EG) (IO registered trademark that is often presented as the name of the company itself).

The idea of starting this venture and launching an ambitious business project, which at the time had little acceptance, started a few years earlier when, even during his PhD, Daniel Murta (CEO and head of R&D at IO) had contact with a online video that presented a disruptive idea at least in the northern hemisphere: eating insects (Why not eat insects). It was 2011 and Daniel immediately presented the challenge to David, his brother, to start a business project.

Thus, the project started with the motivation of these two brothers to contribute to the environmental sustainability of food production, developing protein alternatives for human consumption. At the beginning, the objective of the project was to investigate how to produce new nutritional sources for human consumption based on insects, having chosen Tenebrio Molitor (TM) as the ideal insect to prepare these alternatives.

From then on, the first contacts with business incubators and research and development centers arose, with contacts with official entities and stakeholders in the food market multiplying.

Initially, the idea and project were not well accepted by the various entities contacted, and it seems clear that the market and Western culture were not prepared for a disruptive change in their eating habits. 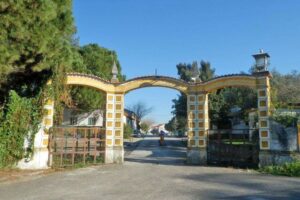 However, thanks to the promoters’ resilience and tenacity, it was possible to take the first steps in the development of an insect colony and start partnerships with research centers. One of the first partnerships emerged with the National Institute for Agricultural and Veterinary Research (INIAV) in 2013, a central partner of the EntoGreen project since then.
The first project submitted together focused on alternative protein sources for animal feed (Genetics and nutrition and alternative feed resources for terrestrial livestock production, SFS-01a-2014) and was submitted in early 2014 as part of an application from Horizonte 2020 led by the University of Milan and involving several entities from different countries, inside and outside the European Community.

It was participation in this candidacy that led to the creation of the company in early 2014 and that led to the installation of insect production by Ingredient Odyssey at INIAV, where it has been installed ever since.
Although the H2020 application was unsuccessful, IO continued to work together with INIAV in the development of the project and, simultaneously with research on insect breeding, promoted contact with several companies interested in finding both alternative nutritional solutions and solutions. for vegetable by-products, bringing the circular economy to the agri-food sector.

In early 2015 INIAV was contacted by another entrepreneur who showed interest in the area of ​​insects, Rui Nunes.
With a group and company working at the Institute, Dr. Olga Moreira, its Director, decided to promote the IO meeting with this new entrepreneur in order to understand if the lines and objectives were similar and could result in the joining of both.

In fact, Rui had a completely different idea from what was being brought up by IO. 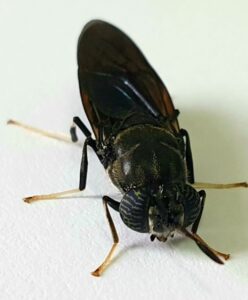 His original idea would be to use insects as a tool in the mitigation of environmental impacts, namely by valuing agricultural effluents, so that they could be more quickly converted and increase the environmental sustainability of livestock farms. For that purpose, it envisaged the use of the Black Soldier Fly, Hermetia illucens (BSF), an insect from South America but already present all over the world and which is characterized by an enormous capacity to convert organic matter in an accelerated way.

Thus, the only thing that both initiatives had in common was the use of insects, which were neither of the same species. However, from the combination of both ideas, it was possible to develop a new line of research and development: the use of insects as a tool in the valorization of plant by-products and in animal and plant nutrition.
At that time, a new species of insect was introduced in the R&D processes, the Soldado Negro Fly, a fly that has a great capacity for valuing decomposing by-products and thus broadening the spectrum of by-products that can be enhanced.

Thus, in addition to the R&D work carried out on the valuation of by-products with TM, since 2015, EntoGreen’s focus has shifted to the use of BSF, a line that was then also included in the proposal to apply for PT2020 that was under development.
As a result of the work carried out in 2015, the beginning of 2016 was marked by the submission of an application to PT2020, the ENTOVALOR project (POCI-01-0247-FEDER-017675), a co-promotion project led by IO and involving three more companies (Agromais, Rações Zêzere and Consulai) and a research center (INIAV).
This project, approved in August 2016, moved a large part of IO’s R&D effort, having made an undeniable contribution to its development and affirmation.

Despite the completion of the EntoValor project in December 2019, EntoGreen continued to develop work in the area and managed to start the process of building a bioindustrial unit in which it will be possible to convert 36,000 tons of plant by-products into thousands of tons of final products derived from the process developed throughout this project.

However, the role of R&D in the history of IO does not end with the implementation of the first bioindustrial unit born from the knowledge generated. Ingredient Odyssey’s investment continues to be very strong in R&D, which is the cornerstone of our growth and evolution, so IO now develops new projects with innovative biotechnologies, hoping to leave its mark on environmental sustainability in Portugal and in world.